What's even better is PART ONE is absolutely FREE if you sign up to the newsletter!

​Even better than that, is you can grab the entire BOXED SET for just 4.99.

If paperbacks are your thing, grab the complete serial HERE and give it pride of place on your bookshelf. 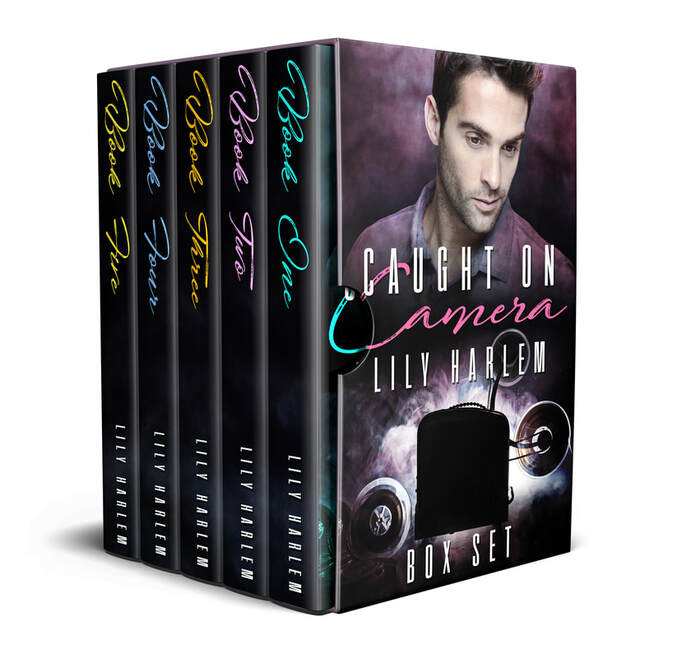 So it’s just as well Reece Carter is up for the job and has the sexiest co-star imaginable, Cade Davenport. They’re the hot new stars of GP Productions latest blockbuster, Slippery Slots, set in Las Vegas, and they can’t wait to get naked and get started.

With scripts to learn, wardrobe to contend with and a whole host of new experiences to look forward to, Reece takes the bull by the horns and jumps on for the ride. What he doesn’t bargain on, though, is finding love alongside his fat pay cheque.

Can Reece handle the heat? Is he really capable of performing before an audience? And will Cade be there when he needs him most? 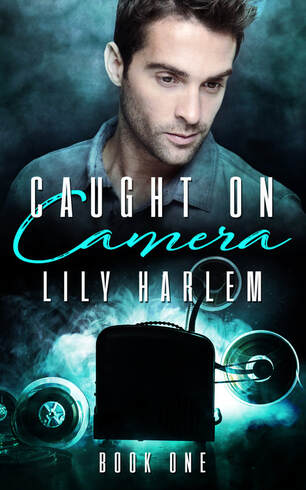 Part One is FREE

When Reece Carter is caught on camera canoodling with hunky gardener Cade Davenport, a new, super-sexy opportunity presents itself that he just can’t walk away from.

Reece Carter is sweating in the dirt and feeling the heat. It’s a scorching hot day and he’s slaving away indoors. But at least he has a nice view from the window—sexy gardener Cade Davenport—no job too big or too small—who is mowing the lawn minus his shirt.

Soon thirst overcomes Reece and he finds himself swimming, kissing and getting frisky in the hot tub with the super-confident, seize-the-moment Cade, whose wit, humor and cocky smile is irresistible.
​
What Reece doesn’t know is that the walls have ears and the trees have eyes. His every moan, gasp and erotic move is being recorded in fine and shocking detail.
But what does that mean? And what about the intriguing offer Cade puts to him? Shouldn’t he just punch his lights out for filming him without permission? And will Reece’s life ever be the same again after being caught on camera? 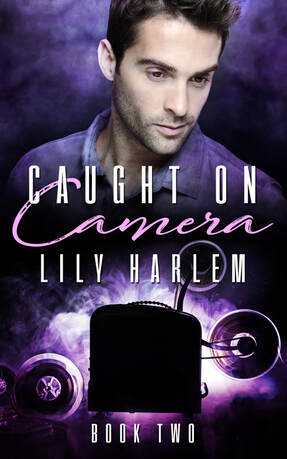 With a solution to his money worries and an end to the dry spell in his sex life, it’s time for Reece to step up to the stage and prove he’s the hot new star of the show.

After agreeing to play one of the leading roles in Slippery Slots, Reece now has to shed his inhibitions, as well as his clothes.

But it’s okay, because Cade, his hunky co-star, has a knack for remembering lines, working the role and is skilled at achieving the required positions.

With twists in the plot and desire playing the leading role, Reece revels in his new career and throws himself into the part. But can he forget about the camera and take what he wants from Cade? Is he allowed to bend the rules, and oh my, will he ever survive the torment of Cade’s super-talented, super-star mouth that pushes him to the very brink of ecstasy? 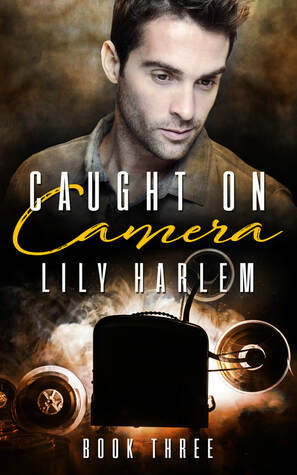 With the next scene of Slippery Slots about to be filmed, Reece can’t help but feel anxious. Now in Las Vegas and with The Strip his new playground, thoughts of the hung-like-a- donkey cowboy about to join the action are never far away.

Just as well he has Cade to distract him. Sexy, giving, beautiful Cade who somehow ‘gets’ what Reece is worrying about and smoothes out the wrinkles, as well as filling him with confidence.

As it turns out, there’s no need for worry and with every move, kiss and lick caught on camera, the ménage a trois scene starring Grayson from Texas kicks off in spectacular style.

​With two sexy men attending his every need, Reece knows he has the best job on Earth and he’s getting paid handsomely for it. Wow, he hit the jackpot big time when he met Cade, and now all of his hot-spots are being hit with the same blissfully satisfying intensity. 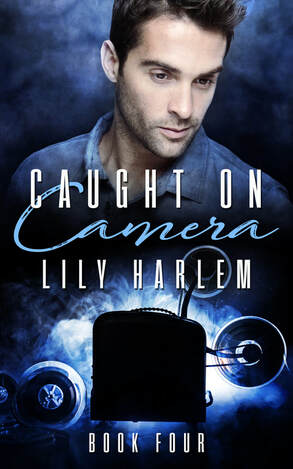 A bag of surprise props brings new spice to Reece’s life, but how does he feel about so many ‘firsts’ in public?

There is only one man he trusts for the job. One person who knows what Reece wants and needs, and how far he can be pushed. That person is Cade, the man Reece is falling for with every beat of his heart.

But will the beating finish Reece off or send him to that foggy, mindless sub-space of ecstasy? Only time will tell and everyone will be witness to the result. He has no place to hide. 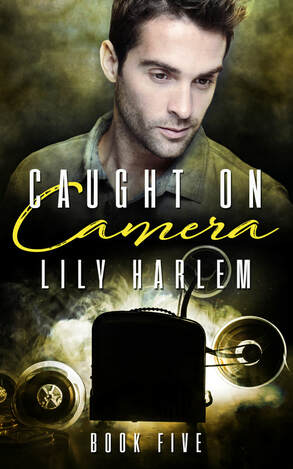 Coming down from a high can sometimes result in a crash—but not if handled with care.

Reece’s experience filming the last scene of Slippery Slots has left him drained, satisfied and in need of some serious aftercare. He’s been branded, taken to new heights of pleasure and also been more vulnerable than ever before.

But all this makes for a great movie. The heat factor is at boiling point, the up-close-and- personal angles of the camera are deliciously shocking and the chemistry between Reece and his co-star, Cade, is explosive.

So when Cade appears on his doorstep with a hot-off-the-press DVD that they’re the two main stars of, things are bound to get frisky, flirty and downright filthy.
Reece has never been happier or more terrified. He’s made his money, made a movie and made love to the man he can’t bear to be apart from. But does Cade feel the same way, or was it all an act for the camera? There’s only one way to find out, and that’s to remove the layers, the masks and ask the all-important questions. 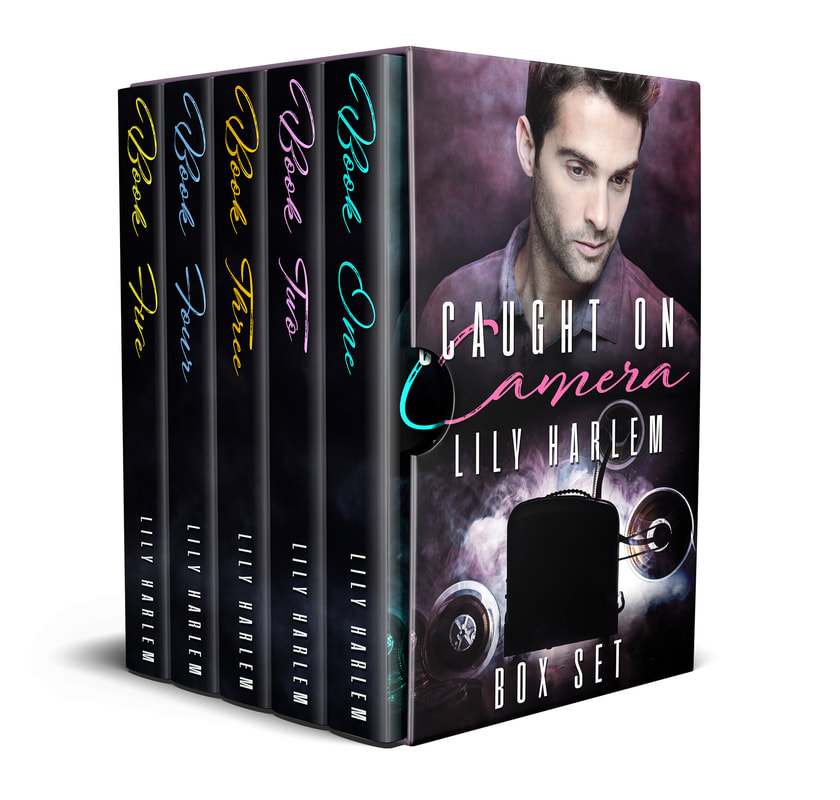